Each sealing area has a certain amount of deformation with the bottle. This deformation amount is to constantly apply a certain force to the bottle C, so that a sealing effect occurs. Not all bottle caps will use three seals, and most bottle caps use inner seals. Sealing and outer sealing can be done. For bottle cap manufacturers, the sealing function of bottle caps is an item that needs to be continuously monitored, that is, the sealing function needs to be tested regularly. Perhaps many small-scale bottle cap factories seal bottle caps The test is not very important, and some people may choose the original and simple method to test the tightness, such as pressing the bottle cap with hand, stepping on the foot, etc. to test the tightness.

The above is the whole content of the cap sealing function test method brought by the cap closing machine manufacturer Saiwei, and I hope it will be helpful to everyone. 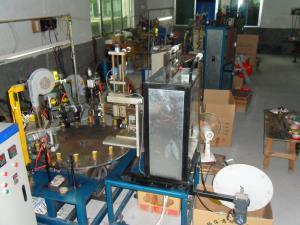